From The Spectator, November 6th 2021 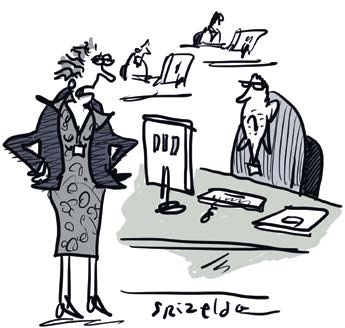 ‘Your colleagues are wondering if you could send fewer death threats.’

They got me through the past year

One of the more encouraging developments of the past year and a half has been the number of us who, instead of turning to drink, have been turning to haiku.

Haiku hashtags have been popping up on social media since the start of the pandemic. It turns out that 17 syllables in that classic five-seven-five formation are just what we need when we’re trying to express how we feel about these unsettling times.

Facebook, Twitter, Instagram and the rest have proved to be the perfect medium for this short-form poetry. Of course, the quality is mixed. Some of the hashtags attract efforts that are less narrow road to deep north than quick jab to left arm.

But the same could be said of any openentry poetry competition. Those who spend a little time reading, for example, the staff haiku page on the website for Duke University Hospital, North Carolina, will be rewarded with poems that are poignant, profound and sometimes just plain sad. This was the contribution from the hospital chaplain, Ashley Acken:

Sniffling and sneezing
My head floats, my mind fogs over
Promise it’s a cold

The rediscovery of the charms of haiku, tanka, katauta etc. is not just an American phenomenon. The British Haiku Society has seen a continuous growth in membership. The editor of the short poetry journal Hedgerow, Caroline Skanne, says this is a definite moment. ‘Many people have been turning to haiku in lockdown and I’ve received a significantly increased number of submissions for Hedgerow. The interest and enthusiasm is especially marked among the young — secondary school students and younger.’

Skanne hopes that a fleeting interest might be turned into something more lasting and valuable, namely a better understanding of what the poetry is about and a commitment to take it seriously and teach it properly. ‘Although haiku is taught as part of the curriculum, most teachers still seem to lack a firm grasp of what haiku is and can be. There is still too much focus on form (i.e., counting syllables, which is not necessary in the English language), rather than content (such as the images, the moment and the various aesthetics informing haiku),’ she says.

While many people are familiar with the traditional five-seven-five haiku pattern, what is perhaps less well known is that an effective haiku will often include a ‘kigo’ — a reference to the seasons that places it in time and provides a backdrop to the action. Many haiku simply name the season, while others include a word that evokes it, such as blossom or blanket.

The other ingredients of a successful haiku are trickier to put your finger on. Connoisseurs of the form will look for what they call the ‘kire’ — a cut that provides the space between one image and the next. A useful definition of what a good haiku should include comes from Haruo Shirane, a professor of Japanese literature. It should ‘seek out new and revealing perspectives on the human and physical condition, focusing on the immediate physical world around us’. Perhaps that is why haiku have suddenly become so popular, as we try to make sense of the past few years.

Like many, I have knocked out the odd haiku in my time but became borderline obsessed when I was trying to come up with a way of colouring in a not entirely unsympathetic psychopath called Jags, a character in my most recent novel. One of his several quirks is a fondness for thinking up haiku in between doing unthinkable things to people:

I was vaguely aware that Ian Fleming had used the same trick to memorable effect in You Only Live Twice. Bond himself wrote a haiku-esque poem for his friend Tiger Tanaka:

It wasn’t until I spoke to the British Haiku Society and that walking encyclopaedia of crime writing, Mike Ripley, that I realised how many writers have relied on a similar trope of having a character who is interested in short poetry. The hero of Edmund Crispin’s classic The Moving Toyshop is a poet. Judge Dee, the 7th-century Chinese detective created by Robert Van Gulik, is plagued by a poet in The Haunted Monastery. Michael Innes gave us a detective called John Appleby who quotes poetry at every opportunity in The Secret Vanguard. And of course there is the mighty P.D. James’s wonderful creation — the poet slash detective Adam Dalgliesh.

Finally, there was J.D. Salinger, who penned one of most memorable fictional short poems for Seymour Glass in Franny and Zooey:

The little girl on the plane
Who turned her doll’s head around
To look at me.

People do all sorts of odd things in order to stay sane. Uncovering fictional figures with a fondness for haiku and poetry more generally has proved to be a delightful rabbit hole to tumble down. I can thoroughly recommend it.